A Tale of Two Zucchini

Life’s been so busy lately with the little Overlord, I haven’t been keeping up with either gardening or talking about gardening as much as I like.  Most days all I can manage is getting things watered and it’s actually difficult to navigate right now due to the riotous growth of tomatoes and squash which have taken over EVERYTHING, and the sudden standstill of organizing plants when baby was born.  Still, the work I was frantically putting into the garden while I was still pregnant is paying off now with the summer harvest underway!

It’s zucchini season and like other home gardeners we’re experiencing summer squash overload.  Next post or two I’ll talk about my favorite ways to use up them up, but this time I wanted to show you something cool!  Two years ago my in-laws (in-laws to be at that point) had a Costata Romanesco zucchini plant growing in their garden.  My husband loves this variety for its flavor, and as an heirloom variety it doesn’t produce as many as the standard type you might pick up from Home Depot or OSH.  The squash have a distinctive ribbing, and are tasty at a much larger size than normal 6″-7″ you’d want to harvest normally.  It does have the same tendency to get huge if you’re not looking at it though…and that’s what happened in 2014 to my in-law’s plant.  I mean, it was so huge we had to include it in one of our  garden-themed engagement photos. (photos by Helios Images) 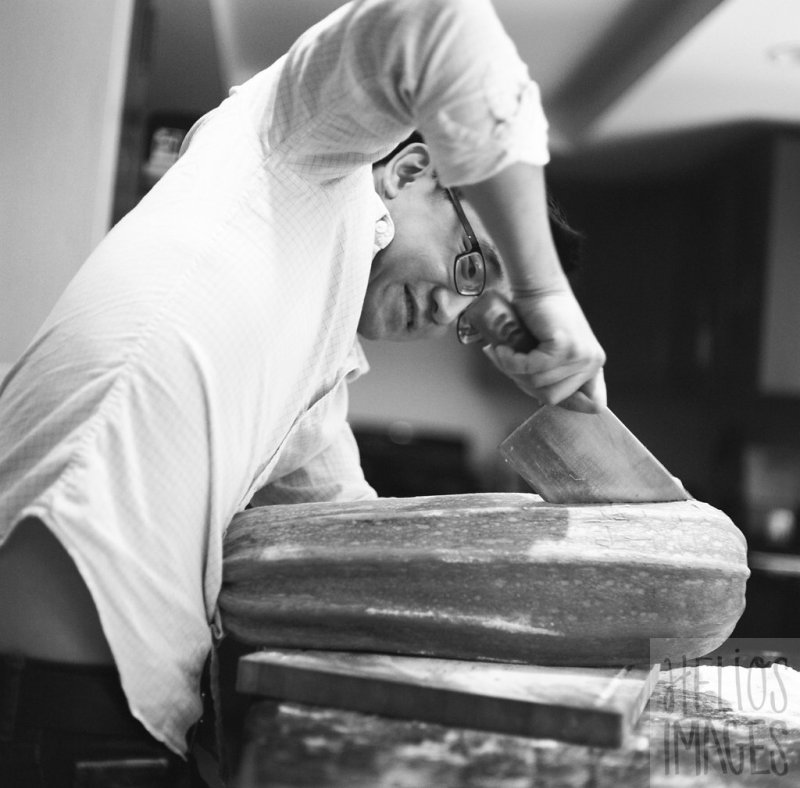 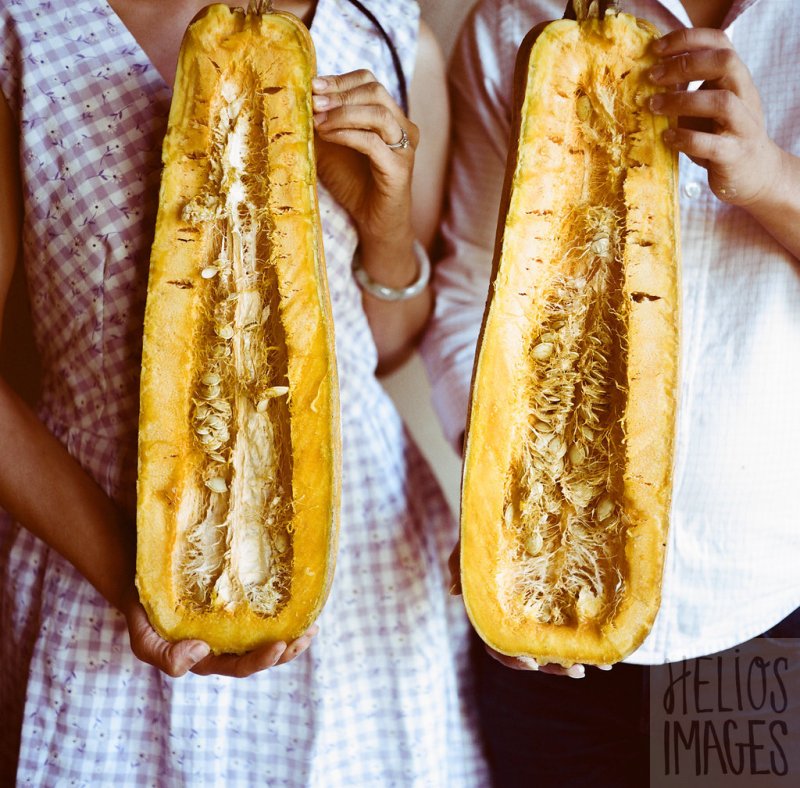 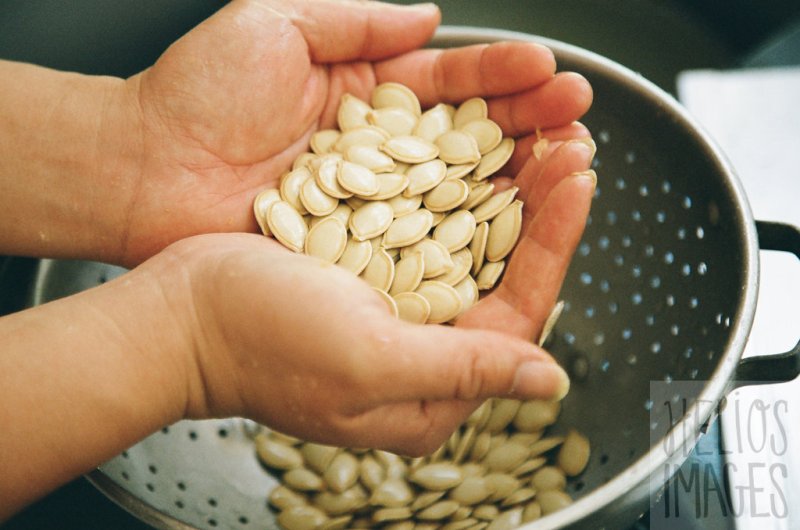 At this point, this monster ceased to be a summer squash and went full on winter – thick skin, pumpkin-like orange flesh.  The in-laws let it grow to maturity and harvested it for seed.  Sadly, it didn’t have much flavor at that point, and I still have a jar of the puree in my freezer that I don’t know what to do with.  It was humongous.  We took the seeds and packed them as some of our wedding favors in 2015.  I still had a whole bunch left, so early this year I started them off and planted two plants.  (I know, overkill.  No family needs more than one zucchini plant.  REALLY.  But, heirloom?  And I needed two to balance out my design.)  Now, fast forward until the harvest and…what?  Look at what I got. 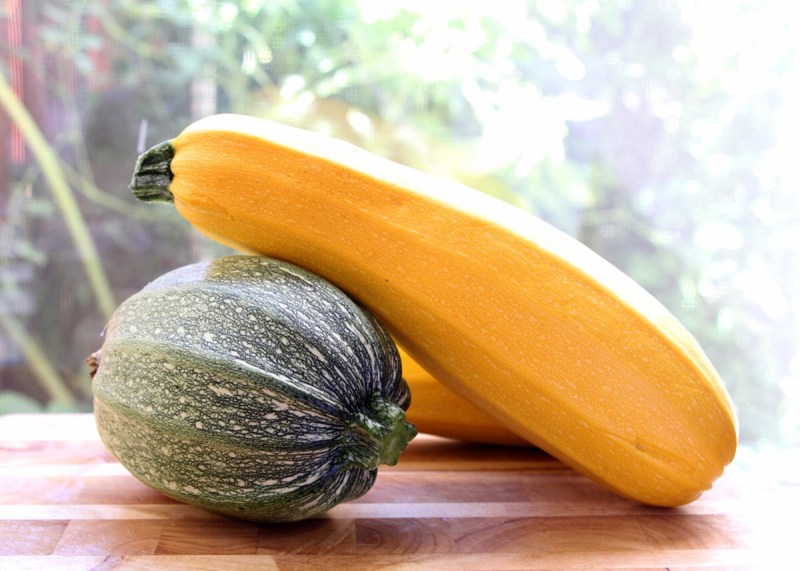 The seeds came from the same plant, folks!!

I didn’t know this before, but summer squash hybridize extremely easily.  So, your first squash looks like however it’s supposed to look on the seed packet but the seeds inside…could be anything?  We don’t remember what else was in the garden that year, except it probably was a yellow squash and who knows what other kind of squash.  I find it really really interesting that the seeds for these came from the SAME squash and resulted in such different varieties.  They both have the same ribbing and speckled skin as the original  variety but look at the difference in shape and color!  Obviously though, these have the same propensity for growing to huge size when you don’t keep a careful eye on them.

The flavor is hit-and-miss.  Some are great and a few are bitter.  I’m not sure yet if that’s because I let them get too big or what.  And they’re (thankfully?) not as productive, because not all the little squash that start growing seem to make it.  But they do grow at a rate that we get one really big one by the time we finish eating the last one.  And you know, I don’t mind the hugeness of these all that much because at least it means I’m eating my vegetables!

Next up – favorite recipes! 🙂

How are your summer gardens going?  I hope you’re having as much fun as I am!

A Tale of Two Zucchini 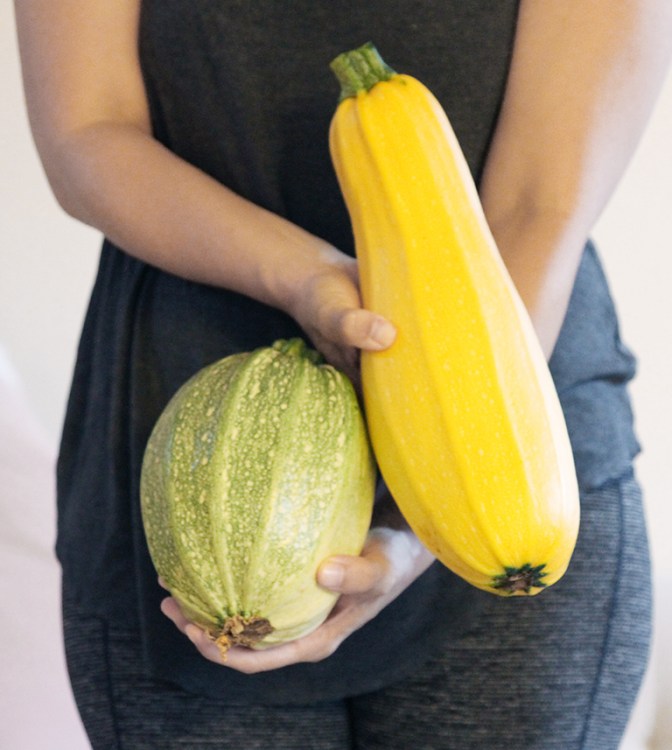 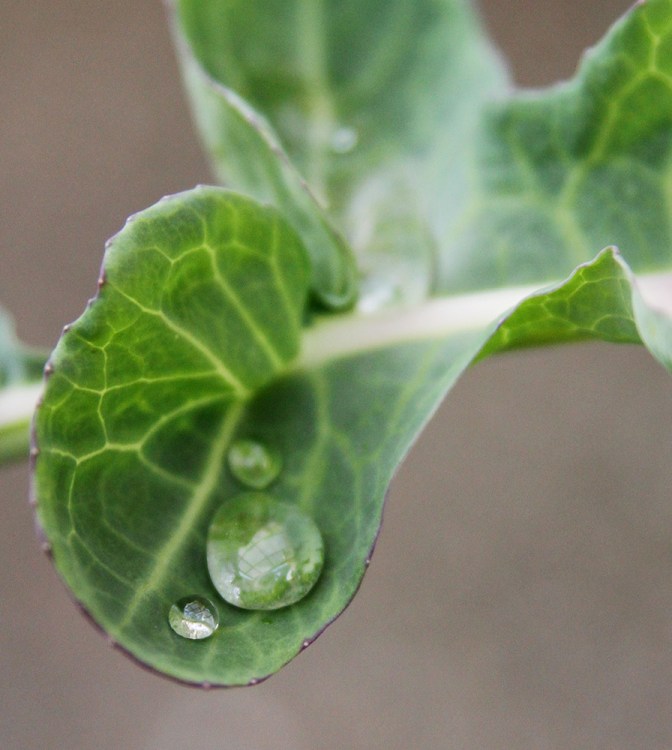 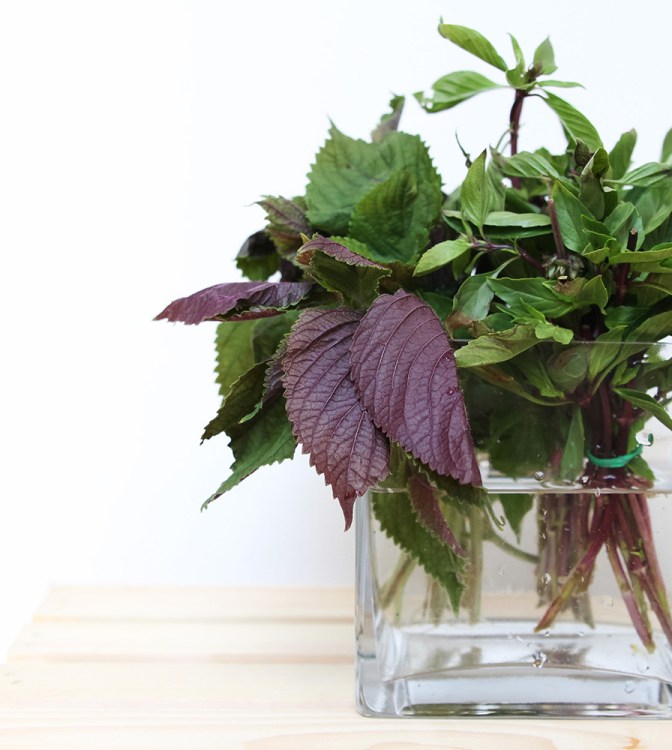 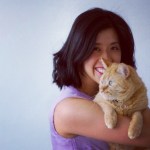 Welcome to my blog! I love to cook, sew, craft, take photos and garden. And my kitty, of course. Thanks for stopping by to read my musings on these hobbies - hope you'll share some of yours too!